I have never worn a Livestrong wristband, but I could well understand the degree of inspiration, faith and belief that people felt while sporting one of those bands, anywhere around the world. It came from not just any foundation doing work towards a noble cause, but from a foundation that was inspired by a cancer survivor, and by a winner. And what a winner too.! Seven consecutive Tour de France wins.!

In the words of Patrick Ness, “we are the choices we make.”

How convenient is that? Amit, if you have so much love for your nation and so much enthusiasm and energy to oppose anyone who attempts to compromise on the respect due to it, why don’t you just go and take the corrupt bloodsuckers in power to task instead? In case it did not strike you, the characters in those cartoons are the ones to blame, not the one who created the awareness messages, genius.!

And of course the guilty would react the way they do, allowing Aseem Trivedi to face the heat. It’s a natural reaction to guilt.

But seriously, if an educated man cannot differentiate between the real culprits and someone expressing the sad but true state of affairs, India still has a long way to go before corruption will cease to exist. 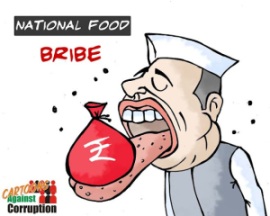 To put it simply so that you (Amit) can understand, once corruption ends in our country, everything from the Constitution to the  Ashoka Pillar to national pride to even our faith and belief in our elected “public servants”, everything will automatically be restored to original glory.