“What makes America so much more entrepreneurial and innovative than India?” That question has been in my head for many years now.

Obvious recent contributions including Facebook, Tesla, and the immortal giants, Google, Amazon and Apple come first to mind. But the world we live in stands witness to enduring American inventions – the airplane, credit card, transistor, laser, the computer and internet; with hundreds of inventions in-between.

Firstly, contrary to popular belief, the US is not the most innovative country in the world. They ranked 5th in 2015’s Global Innovation Index by World Intellectual Property Organization (WIPO). Results by other bodies too put them in a similar ranking.

Two factors seem to distinguish them from the rest. They are perennially innovative across all fields of work. And, creativity and entrepreneurial spirit runs deep in the veins of its masses. For nearly two centuries, it has been one of the most fertile environments for creativity and innovation. This has resulted in the most brilliant minds from the world over to steadily gravitate to it. To Innovate. To Create.

YouTube (albeit American), is filled with the ingenious creations of their average people. Remote-controlled cars, planes, and numerous vehicles and even other unimaginable contraptions built by average individuals like you and me. What makes them impressive is that they aren’t built out of a kit, but using even scrap or materials found around the house. And their customer experience practices have delighted and inspired the world, and set global benchmarks.

So while we can brush-off some inventions as exceptions; what explains the creative and entrepreneurial spirit of the common American?

In my quest to find something that the average American might knowingly or otherwise be doing differently to induce this trait, I quickly concluded it had nothing to do with their super-sugar coated cereals or microwave dinners.  😀

Heredity too didn’t seem like the answer, given the large mix of world population that goes in and out of the US. So how do they maintain a consistent level of creativity even with the influx of foreigners? Is something happening in the background, that nurtures creativity levels?

‘What else are they doing, that subtly but consistently fuels creativity?’

I felt the answer might lie in the power of the right brain. We know the right brain is the seat of creativity. And which in turn controls, and is stimulated by, the left side of our body. So are Americans doing something differently, that might be stimulating innovation?

Left-handed people for one, have been known to have a higher probability of being more creative than right-handed ones. Quoting someone anonymous on Quora, “Lefties have a greater chance of being a genius- or having a high IQ. Researchers aren’t sure why, but those who are left handed seem to make up a disproportionately large part of those who are highly intelligent. For example, 20% of all Mensa members are left-handed.”

But they comprise only about 10% of the world population.

So, assuming a normal distribution of left and right handed people across the world, 10% Americans aren’t conclusive proof of their general creativity. Even if that 10% included the left-handed John D. Rockefeller, Henry Ford, Bob Dylan, Walt Disney, Bill Gates, Mark Zuckerberg, and Tina Fey. Because, for each of them, there have been other innovators, creative people and entrepreneurs who are right-handed. So while left-handedness might give one an edge, what explains its considerable prevalence in the other 90% too?

Still stuck on the right brain and the left side of the body, there seemed to be sufficient studies concluding that when right-handed people use their left-hand more, it tended to improve general creativity. To what degree, is a great topic for a debate at another time. But if using the left side more fuels creativity, is there something Americans do differently than Indians, that might help?

Then a possibility struck. Can their driving give them some edge in being more creative? As absurd as it might sound, read me out.

Right-hand traffic countries tend to have left-hand-drive cars, and in turn, use their left hands more, especially for continuous adjustments of the steering wheel. Opportunity to rest the elbow on the side of the door makes that a preferred hand from comfort and proximity perspectives.

But that would mean that 65% of the world should on average, be at least slightly more creative than the others.

So then the only remaining variable would be –how many people in each of those countries drive regularly? That brought me to the vehicular density of countries. Here too, the US seems to have the edge (whether for the good or not). It has the 3rd highest motor vehicle density in the world; that’s 797 vehicles per 1000 people! The first two spots are taken by San Marino and Monaco. Both of whom seem irrelevant to our discussion, given that these city-states have populations under 40,000 people. This makes the US the largest nation with the highest vehicular density. Contributors are the lack of a developed public transport systems outside of major cities, and cheap fuel.  This results in Americans driving cars for everything from buying groceries from nearby, to traveling to other cities and states.

So is it possible, that frequent use of the left-hand while driving, in a country with the highest motor vehicle density, contributes to their innovation and creativity in general?

Honestly, I don’t know the answer. I don’t know if driving of left-hand-drive cars is ‘the’, or even ‘a’ contributing factor at all, to explain their creativity, innovation or entrepreneurial spirit.

However, in the absence of other conclusive factors, doesn’t it beg another look? Perhaps autonomous cars will help observe change if any? 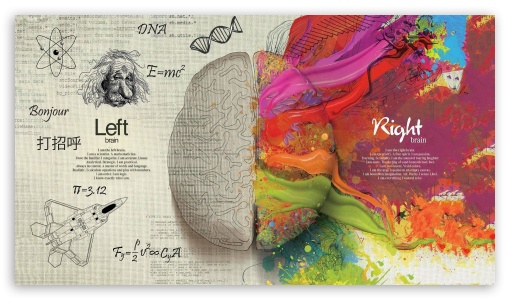 I’ll look forward to your views on this. Also, hit the ‘Follow’ button if you’d like to receive more such posts from time to time. You can also connect with me on Twitter.

Are you Sold to the Idea?

I recently addressed and interacted with about 70 really smart MBA students, with whom I was sharing experiences from my corporate career, and about starting up and growing, with the objective of encouraging entrepreneurship.

In comparison, I’ve always found it easier to interact with people from industry, comfortable with discussing anything from industry problems, current affairs, new ideas, etc. Interacting with freshers, often makes me a little nervous. They are highly impressionable minds after all, often easily influenced. That leaves us with a great responsibility when advising them on matters such as career, ethics, values, etc.

One popular concern among these students was fear of the possibility of landing a job that might involve sales.

A lot of us are not too fond of marketing, and many detest sales. Selling has always been that inhuman task of lowering ourselves, often to the point of unimaginable desperation, to close a deal, before moving to the next one.

I attempted to change their impression of marketing and sales with a simple change of perspective. I hope you too find some benefit in it that helps in some aspect of your career or business.

We have come a long way to the times we currently live in. From times when we had a limited set of friends, and everyone knew what was going on in their lives. To now, when friends are in the hundreds or thousands. Mostly online, many strangers, some we’ve never met, and most we almost never interact with.

Given this reality, whenever we want to convey events, achievements or updates about us, we post things online. We tweet it or blog about it, or convey it in some such way. Be it selfies with a Starbucks cup, a new job, a marriage, loss of a family member, a holiday, a new pet, anything. We convey it online to our friends.

If you have done one or more of those, ever, don’t you think what you’ve been doing is a form or part of marketing? As is with our resumes and the confidence with which we speak at interviews. Which means we are already marketers to some extent, and have been doing a decent job with marketing ourselves. How cool is that?

Now all we need to do is extend that skill to our jobs if it demands so. Identify what differentiates the products/ services we are trying to sell from that of our competitors, and convey the same to prospective customers with the logical and convincing points that we’d like to hear, were we being convinced to buy that product/service.

This won’t make you a killer salesperson just yet. But hopefully it will warm you up to the concept of marketing and selling.