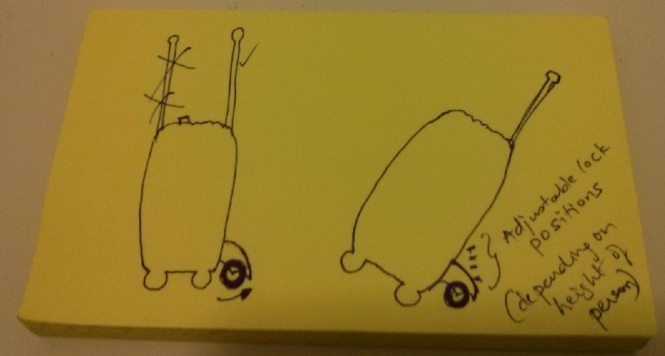 Link to my detailed comment about the design of this 5-wheel suitcase is here: link