One of my mentors, Mr. Ramesh C. Sarin passed away on the 10th of April this year.

He was already long retired when I first met him. And he had this rare, dignified personality that reflected a wonderful blend of an unimaginably impressive corporate journey that he had had; and plenty of humility and grace. He climbed the ranks at the ITC Group to be the youngest person inducted to the Board, probably at the age of 39, if not a bit younger.

Meetings with him were enjoyable. I wasn’t exactly moving the earth, quite the opposite in fact – struggling to create a niche and presence in the field of innovation and design strategy. My updates to him would be over in a few quick minutes. Then came the wonderful part – a few minutes of conversation with him. While it was no easy task for him to even just entertain me at his age (he was nearing 80 at the time), he would take the effort of not just listening to all I have been up to, but also telling me little stories from his absolutely fascinating corporate life. Like when he was flown abroad on practically no notice for a meeting to discuss a job opportunity; and how the meeting got extended, and how worried his wife had been. Or how satisfying it was, completing the challenging Bhadrachalam Paperboards (it was before he turned 40!). He also kept inspiring, and on several occasions he told me he was glad I held on through challenging times.

There is a very interesting article about him from a few decades ago. It talks about his bold and radical efforts to set Voltas on a more solid growth path. In the article, there’s reference to Mr. Sarin being asked if he had ruffled a few feathers with his shake-up at Voltas. He replied, “Oh by god, yes!” Every time I’ve read that line in the article, I could almost hear Mr. Sarin actually say it. Because I’ve heard him say something along those lines in conversation.

The Voltas article is fascinating in two ways. Despite strong disagreements between him and Mr. A.H. Tobaccowala (his predecessor and then Chairman of the Voltas Board), their interactions and views of each other were extremely dignified. It shows the class of a different time. And more importantly, it offered a glimpse into the clarity of vision, the conviction, and the unstoppable force that Mr. Sarin was, in trying to make whichever company he worked for, the best version of itself. After all, which leader in recent times, has the candour to say something like, “”I have made some terrible mistakes, but I now see growth a head for Voltas: all it needs now for the strategy to work is time.”
[Read the Voltas article here]

He was of the view that good and challenging goals take time, and that it is important to stick with it and not give up. It is from him that I first learnt of the phrase, ‘staying power’; a phrase that continues to be a guiding force for me.

He once suggested I create a brochure for my consulting practice.  On my next visit, he sat patiently and reviewed a few drafts I had taken. He also offered valuable inputs with great attention to detail. ‘Excellence’ seemed to be a word close to his heart. I remember him suggesting it as an addition to a draft. One needs to understand, this was not the word ‘excellence’ being dropped by a starry-eyed youngster, but by someone who had built businesses that excelled, before building other businesses that excelled too. So it was not just someone suggesting a word. It was probably him inspiring with words he had proven the meaning of by example.

It has been my observation that Mr. Sarin possessed a supremely important mindset and trait that was in short supply during his time, and that is exceedingly rare today. A mindset and a trait I completely believe in. It is that companies are built for a purpose, and that it is the duty of those working for the company to channel their efforts towards the best interest of the company. Even if that means locking horns with bosses or top management if they might be shortsighted or somehow not aligned with the company’s best interest. He will remain one of the most ideal role models one could aspire to be like – a visionary and a compassionate leader – one who inspired his troops to achieve the seemingly impossible.

Over the years, as I trudged along, I would send Mr. Sarin the occasional update, not wanting to trouble him too much with frequent visits. And twice in the past year, he had replied to my emails, telling me to drop by to catch up over coffee. Obviously I would not dream of risking visiting him in the middle of a pandemic, so I told him I will meet him as soon as things are safe again.

I will always remain grateful to him for inspiring me to keep working on getting better than I was. 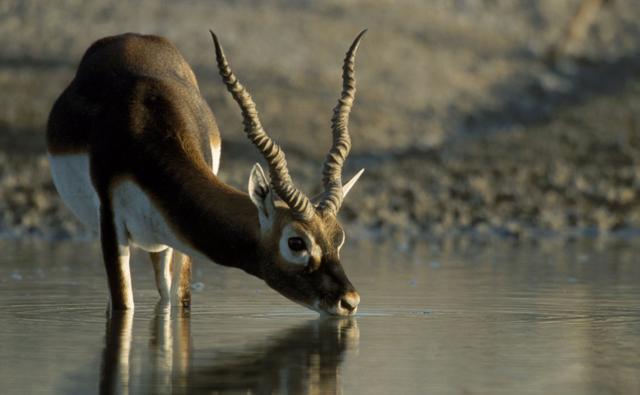